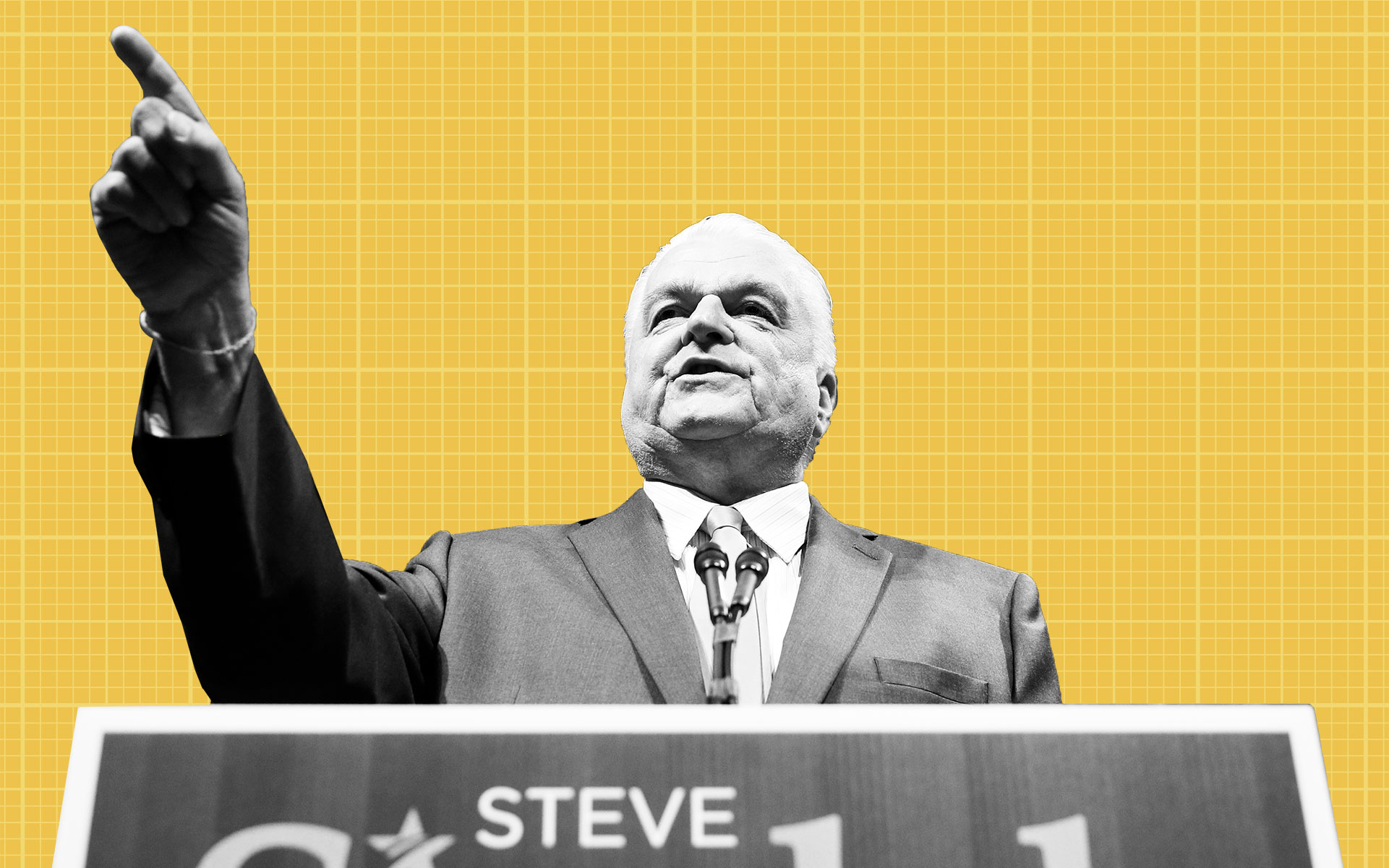 Less than a month after being placed on leave by Nevada Gov. Steve Sisolak, the state’s leading cannabis regulator has been dismissed from his position.

A Nevada Department of Taxation spokeswoman confirmed that Jorge Pupo, the department’s embattled deputy executive director, was no longer employed by the department as of Tuesday afternoon. The tax department’s confirmation came after multiple industry sources told Leafly that Pupo had been fired.

Pupo’s ouster comes amid an ongoing court battle over his alleged role in amending regulations in a recent dispensary licensing lottery. Plaintiffs in a lawsuit have charged that Pupo tweaked those rules to help a small group of friends in the industry win licenses and hit the green rush jackpot. In court testimony earlier this year, Pupo confirmed that he shared meals with big-name Las Vegas cannabis consultants and dispensary owners before changing scoring criteria for retail applicants.

A mixed record under Pupo

Pupo’s sacking marks the official end of his three-year tenure at the helm of Nevada’s retail cannabis regulatory arm and more than 15 total years of employment with the Department of Taxation.

The tax department almost failed to launch retail cannabis as planned. About a month before the planned opening day of July 1, 2017, a group of alcohol distributors won a court injunction that brought wholesale shipments of retail marijuana to a standstill. A district court judge in Northern Nevada sided with the Independent Alcohol Distributors of Nevada (IADN), which argued DoT leadership wholly ignored their requests to apply for distribution licenses in favor of marijuana companies that wanted to continue shipping their own flower, as they had under the state’s medical marijuana rules. Ballot Question 2, passed in 2016 to legalize recreational cannabis, gave licensed liquor distributors exclusive rights to wholesale shipping in the Silver State for 18 months.

When the injunction left dispensary shelves nearly empty, Pupo and then-DoT executive director Deonne Contine drafted an emergency regulation, signed by then-Gov. Brian Sandoval, to open distribution rights back up to marijuana companies and get the industry running.

“There was a stacked deck against us from the beginning,” said Allan Nassau, a one-time IADN member who said he lost tens of thousands of dollars in the failed attempt to join the shipping industry. Pupo and Contine, Nassau said, “liked the way the game was working and they wanted to keep it the same as it was under medical.”

As the fledgling industry hit its stride, the Department of Taxation raked in nearly $70 million in tax revenue over the first 12 months of sales, 140% of initial projections. In 2019, monthly tax revenue has surpassed $9 million. Proceeds have been used to support public education, homeless services, new government jobs, and the state’s rainy day fund. At its current pace, legal cannabis is set to collect more than $100 million in taxes during the next 12 months.

Undone by allegations of favoritism

The department’s success under Pupo was ultimately overshadowed by the controversy over his actions in amending regulations to allegedly help a small group of friends in the industry. Pupo testified in June that he did amend the scoring rules, and also met multiple times with select members of the cannabis industry, who were also applicants or consulting for applicants.

The adult-use-only licenses were said to be open to any operators of cannabis cultivation or production facilities, as well as existing retail license holders. But in the end, licenses were awarded to only 17 of the 127 companies that applied, accounting for 61 of 462 total applications. (Some companies were awarded licenses for more than one retail location.) Four of the 17 companies—Essence, The Source, Zenleaf, and Grassroots—received a combined 33 of the 61 licenses, meaning more than half of the new dispensary licenses for the entire state were given to just 3% of applicants.

A process ‘partial and subject to manipulation’

In an Aug. 23 ruling, Clark County District Judge Elizabeth Gonzalez wrote that close relationships between Pupo and the industry created the potential for abuse.

In the 24-page decision, which resulted in an injunction preventing the Department of Taxation from issuing licenses to about half of the 17 winning companies, Gonzalez said various factors—including Pupo’s personal relationships with industry members, an easily manipulated diversity requirement, and the department’s hiring of improperly trained temp workers who were never subjected to background checks—“created a process which was partial and subject to manipulation by applicants.”

A 55-page amended complaint, filed on Sep. 6 by a host of companies that did not win licenses in last year’s lottery, proved to be the nail in the coffin for Pupo. Just hours after the amended complaint was filed, and on the heels of a Sept. 5 Leafly story describing the case, Nevada Gov. Steve Sisolak’s office requested that the tax department place Pupo on leave.

Earlier this week, Sisolak’s office appointed Tyler Klimas, a one-time press secretary for former Nevada Gov. Brian Sandoval, as executive director of the new Cannabis Compliance Board. Klimas, who will also head the tax department’s transition to the new regulating body, will eventually be joined on the Cannabis Compliance Board by five other part-time Sisolak-appointed board members, starting in January 2020.